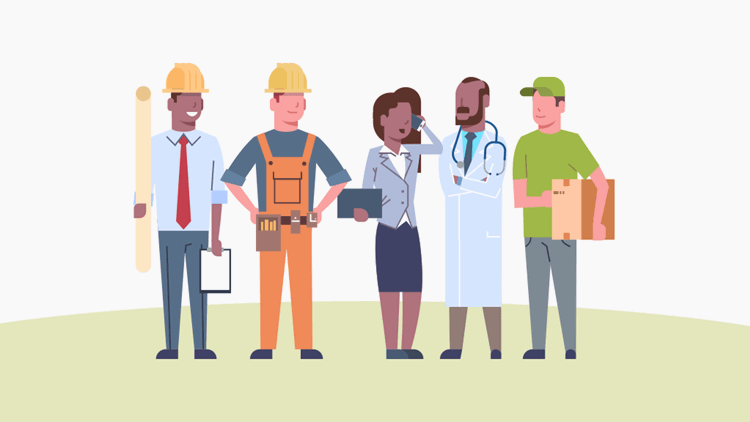 Choose wisely; that’s the message from the Internal Revenue Service to business owners when it comes to deciding whether people who provide services to the company are employees or independent contractors.

Generally, anyone is considered an employee if they provide services to a company, with the company controlling what is to be done and how. In an employee arrangement, the business has the right to control the details of the worker’s services.

Independent contractors, however, have a different relationship with companies. Contractors perform services for a company, but the contractor has more control over how those services are performed. The emphasis is on getting the job done—not how it’s done.

The relationship between a worker and a business usually comes down to how the company views its role in managing the worker. Many times, it comes down to just three basic areas:

Self-employed workers are usually required to file an annual tax return and pay estimated taxes on a quarterly basis, including Social Security and Medicare taxes.

Mistakenly classifying workers as either independent contractors or as employees carries risks for both the company and the worker.

Employees who are misclassified as contractors suffer because the employer’s share of taxes isn’t paid, and the employee’s share isn’t withheld. Companies who misclassify a worker as an employee without a reasonable basis for the decision may be responsible for employment taxes for that worker.

Usually, an employer has to withhold and pay income taxes, Social Security and Medicare taxes for its employees, as well as unemployment taxes.

If a worker believes they were mistakenly classified as a contractor instead of an employee can file IRS Form 8919, Uncollected Social Security and Medicare Tax on Wages to report their share of those uncollected taxes due on their compensation.

What about gig economy work?

The gig economy is any activity where individuals earn income by providing on-demand work, services or goods. It’s also referred to as the sharing economy or the access economy.

The distinction between employee and independent contractor is still unclear in the gig economy, and depends on the same factors as in the mainstream work world.

For more information aimed at taxpayers in an independent trade, business or profession, check out the Self-Employed Individuals Tax Center.